This Cinnamon Raisin Quinoa Breakfast Bake will be your new make-ahead breakfast favorite!

I’ve been known to get stuck in a rut when it comes to breakfast. I tend to go in phases, and will switch between some type of oatmeal, a smoothie, or an egg-toast-fruit combo.

I will literally have the same breakfast for weeks at a time, then get sick of it and have to move on to the next thing. So, in an attempt to mix it up a little bit, I came up with this delicious quinoa breakfast bake!

It comes together pretty much the same way a baked oatmeal would, but with a little extra flare from the quinoa. Using quinoa in a breakfast bake like this one is a little less traditional, but it is a nice change up from the old stand-by oats.

You can get creative with flavors! ->

I went with cinnamon raisin for this recipe because it reminded me of my beloved cinnamon raisin bread from when I was a kid. But you can add anything you want in there Here are a few ideas…

This type of recipe is so versatile, and you can easily switch it up each week!

I cut mine into rectangles, but you can also cut them into smaller squares. Don’t forget to top them with a dollop of peanut butter, it really sends it over the top! 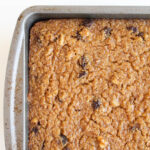 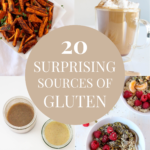 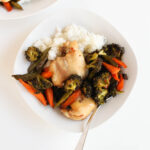 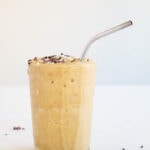 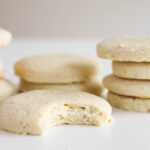 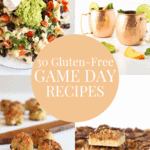 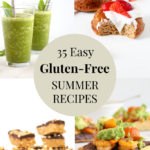 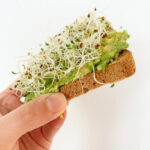 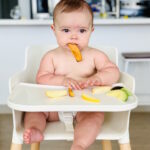 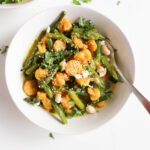 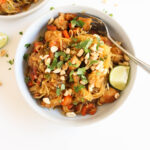 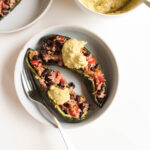 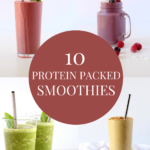