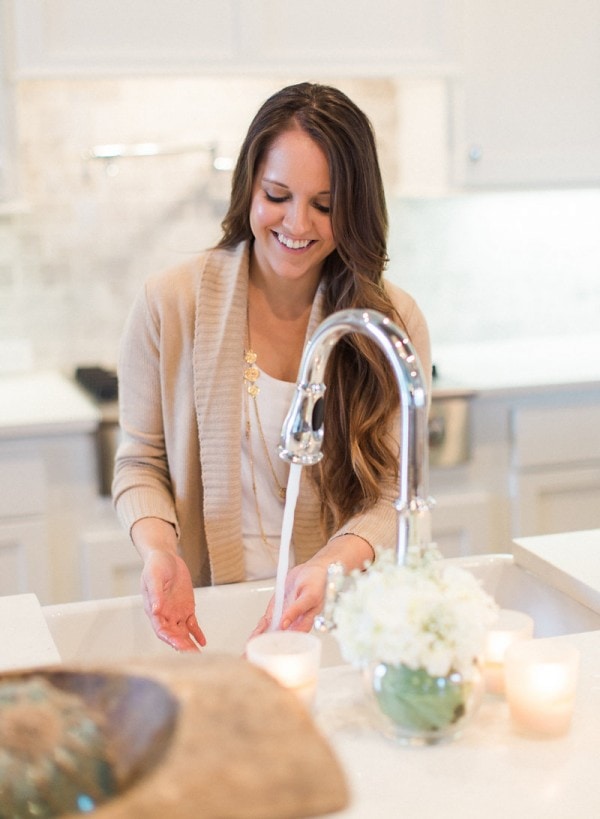 “Let food be thy medicine, and medicine be thy food.”

My journey of healing has been a long one, to say the least. I gave up gluten about 2.5 years ago, and it has completely changed my life for the better. It has been such a long road, but I feel like I am finally at a place of wellness, and I can’t even begin to tell you how liberating that is.

Growing up, I was a pretty healthy kid, for the most part. But the real health struggles started when I was a sophomore in high school. On the outside, I was a happy, social, busy teenager. But I didn’t want anyone to know what was going on inside. I was anxious, depressed, and just physically felt awful. I had a very busy schedule that included school, my high school cheer team, and my competitive all-star cheer team. I always felt like I could never keep up. I was extremely tired all the time, and was constantly getting terrible headaches and even passing out from time to time. Throughout my junior and senior year, it just kept getting worse, and my parents were worried. My poor mom took me to practically every specialist under the sun. And after a handful of tests from each doctor, they would always end up telling me “your tests came back fine.” They tested everything from my heart, my brain, my blood, and every time… nothing.

I was literally starting to think I was crazy. I actually had one neurologist sit there and stare at me while he was racking his brain for an answer, and ask me if I was making all of this up. I thought my mom was going to come across that room and knock that doctor out. Now don’t get me wrong, I certainly wasn’t hoping that something was actually wrong with me. I just wanted some answers.

After the encounter with that lovely doctor, I refused to go to any more appointments just to have more doctors tell me that “everything is fine.” I got through the rest of my senior year with a smile on my face, and just told myself that I needed to get over it. Of course, it never really got better. Fast forward a few years, and I get through college. Still never really feeling great, but I just pushed through. I was still holding true to my vow of not seeing another doctor, I can be stubborn with the best of them. I was NOT about to get told that I was crazy for the 1,000th time. 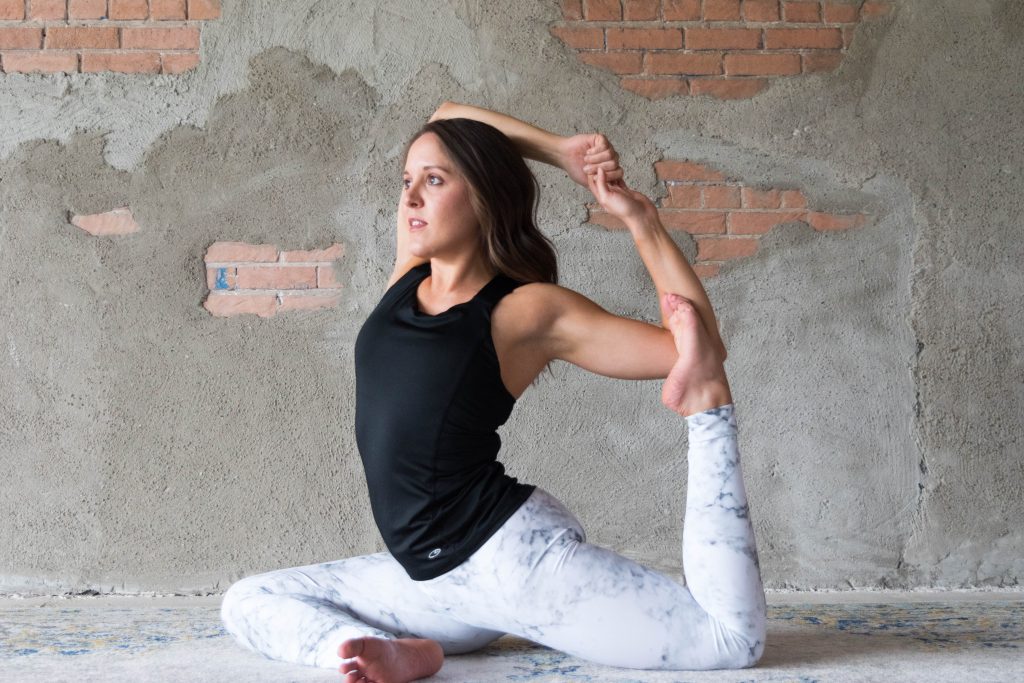 In the beginning of 2012, I was engaged to my favorite guy in the whole world, ridiculously happy, planning a wedding, and getting ready to move and start a new life with my new husband. All the while, still always feeling…bleh. A couple of months before the wedding, I started to have stomach pain and discomfort on top of the headaches and constant tiredness. All I could think was, WHAT THE HECK?! WHY AM I SICK?! I SHOULDN’T BE FEELING THIS WAY!

I was a little frustrated to say the least. But, in all of my stubborn glory, I was not about to go to the doctor. So, we got married, I moved to College Station, where Kenny was working at the time, and was supposed to be basking in my new marital bliss. Except for the fact that I was sick. All the time. There were days that I could barely get out of bed, let alone actually try to have a social life.

My poor husband always tried to help, but there was really nothing that he could do. I basically couldn’t eat anything without my stomach hurting, my headaches had turned into migraines, and I was extremely lethargic. After a few months of that, Kenny finally looked at me and said, “you HAVE to go to the doctor, I don’t care if I have to drag you there, something is not right. You’re not supposed to feel like this.” I tried to argue and get out of it, but finally gave in. I made an appointment with a primary care doctor, and went into the appointment telling myself not to get my hopes up. I was convinced that she was going to tell me that I’m fine. I sat there and told her everything. Everything that happened when I was a teenager, every doctor I saw, every test, every blood draw, and every “you’re fine” outcome. Then I told her about my current symptoms, which were similar, just with added stomach pain. She sat there and listened to every word I said, took notes, and nodded her head.

And I will never forget what she said to me when she looked up. She said “first of all, you are not crazy, and I think you have food allergies.” 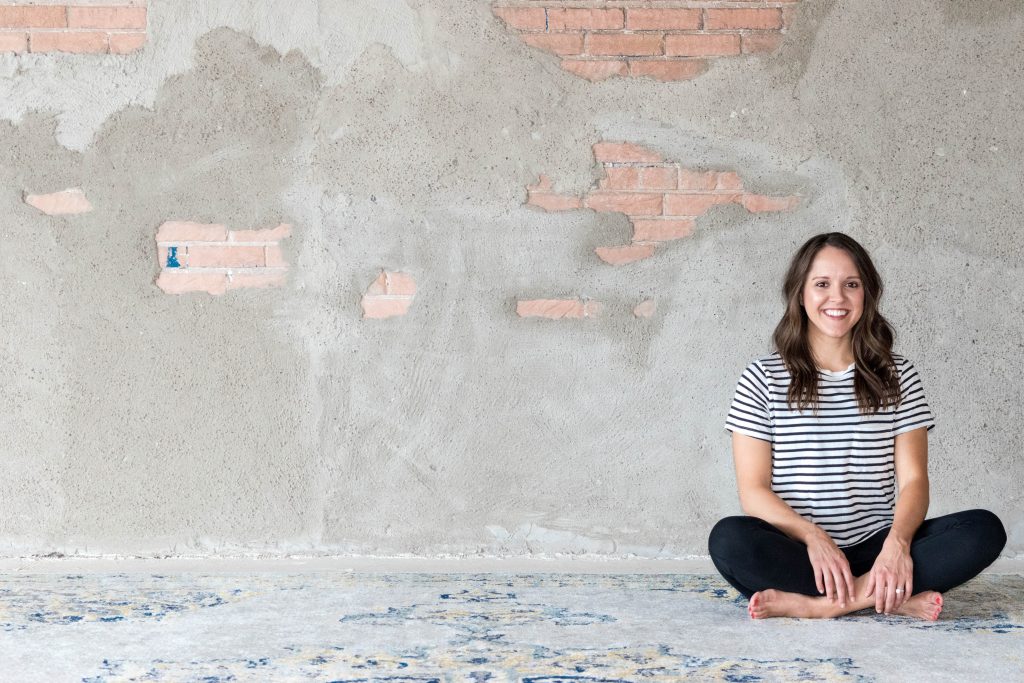 SAY WHAT?! When I would think about food allergies, I thought of something like a peanut allergy that could immediately kill you. I was so confused, and thought that there was no way this was possible. She ended up running some precautionary tests, just in case there was something else going on, and then she ran a MASSIVE blood test for the food allergies. The test took a whole month to come back, which seemed like a lifetime. During that month, Kenny and I were both skeptical.

When that month was up, I went back in and saw her again, and found out that her concerns were valid. I was sensitive to a pretty long list of foods, some more severe than others. We talked it through, and knew that a gluten-free, dairy-free diet was absolutely necessary. Two days later, I went all in. I cut out every single thing on that list, and just like that, I was a new person. I couldn’t believe it! Within 5 days, my headaches were practically gone, I was starting to feel not as tired throughout the day, and my stomach was starting to feel better. It was completely insane, Kenny and I just knew that that doctor was totally shaking her head at us for being so skeptical.

She ended up sending me to a GI specialist to test me for celiac disease, just in case. By the time I had gotten an appointment with the specialist, I had already been gluten-free for well over a month and was feeling SO much better. I told my whole story to the GI doctor, she did the antibody blood test for celiac, and it came back negative. She told me that this test was probably not very accurate because it is dependent on gluten being present in your system. We talked it through, and she was so happy that I was feeling so much better on a gluten-free diet, that she didn’t want to do the alternative test, which was to put me back on a regular diet full of gluten to see if it damaged my small intestine.

No thank you. She told me that because my reactions were so severe, that she suspects that I may very well have celiac, but the only treatment is a gluten-free diet anyway, so why put me through the torture? I completely agree. So, I have been 100% gluten-free ever since. (side note: Kenny completely cut gluten out of his diet in 2014, and he says that he feels better than ever!)

It was definitely a learning curve when I first changed my diet. There were so many things that I had to consider, and it was very overwhelming. At the beginning, I wasn’t as strict as I should have been when it came to cross-contamination. I thought I could handle it, so I would still occasionally eat french fries that were made in the same fryer as breaded things, and it took me a long time to get up the courage to really start asking questions at restaurants about food preparations. Until I really started to get serious about cross-contamination, my symptoms still lingered. Once I started to treat my condition like celiac disease, and not just a gluten-sensitivity, my symptoms practically disappeared.

When I realized that going out to eat was going to be difficult from here on out, I decided to really get serious in the kitchen. All I wanted was to feel like a normal person, and not feel deprived because of all of the food that I couldn’t have. So I took to the internet, of course. I learned SO much about gluten-free cooking and baking through other food blogs. So a few months into my new found love for my kitchen, I decided to start The Wheatless Kitchen. I wanted to help others like all of those gluten-free bloggers helped me in my time of need. I wanted to show people that gluten-free baking doesn’t have to be complicated, or require 12 different flours in each recipe. It can be simple, nutritious, and absolutely delicious.

I cannot explain how different my life is now. I feel like a normal person again, my frequent headaches are gone, and I know what to stay away from to protect my sensitive stomach. This didn’t just happen overnight, and took some trial and error, but I am so grateful for the doctor that told me that I wasn’t crazy, and actually listened. Cutting out gluten isn’t necessary for everyone, but it was absolutely necessary for me. It has been so helpful and encouraging to have a supportive husband and family throughout this crazy journey. I will always be grateful for them.

This site uses Akismet to reduce spam. Learn how your comment data is processed. 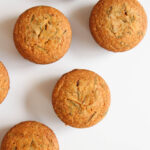 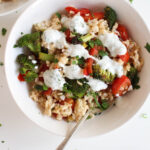 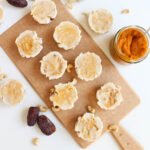 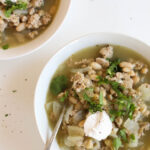 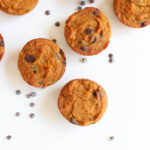